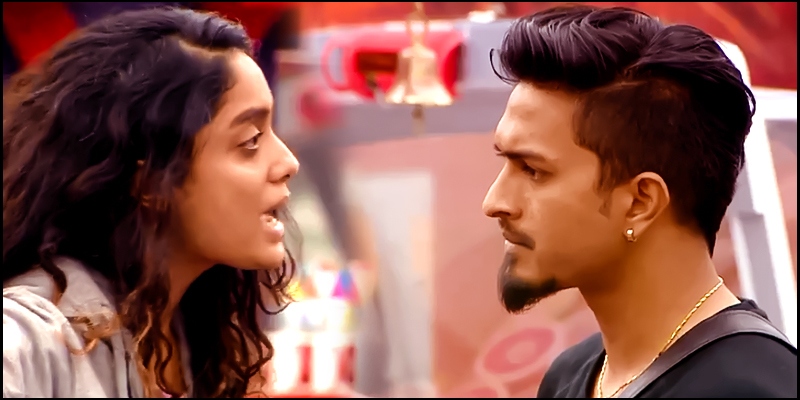 The third season of the TV reality show, Bigg Boss, kick-started on June 23 and is being hosted by veteran actor Kamal Haasan for the third consecutive time. Sakshi was evicted from the house on Sunday night.

Abhirami and Mugen have been having troubles in their relationship ever since she admitted to being in love with him during the weekend episode with Kamal Haasan, who then advised Abhirami to give Mugen the space he needed so that he would be able to focus on his game. Staying away from each other clearly hasn’t helped either of them as it is apparent from a recent promo, where Abhirami yells and almost hits Mugen, asking him if he thought she was with him for “those intentions.” Mugen, unable to control his temper, picks up his chair and fires back at her. What follows the chaos is yet to be known. 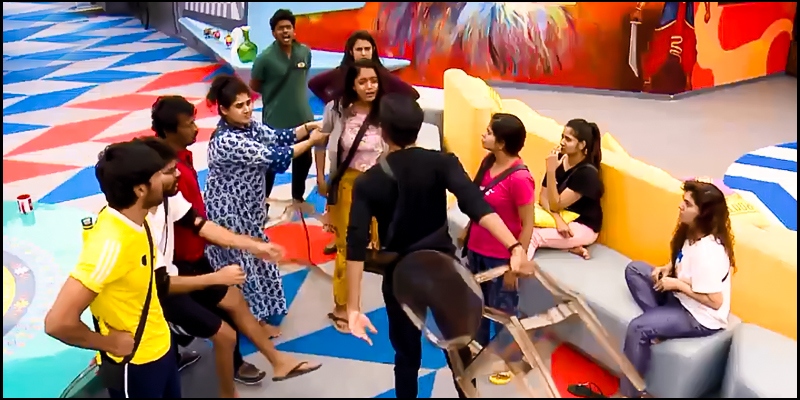 Abhirami, Kavin, Losliya, Mugen, and Madhumitha have been nominated for eviction this week.